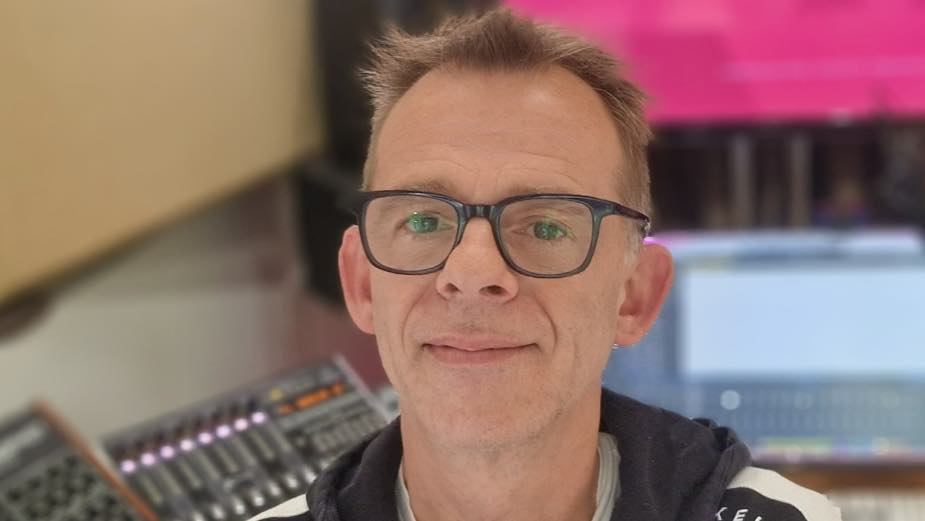 A-MNEMONIC’s Toby Jarvis explores whether artificial intelligence can truly create music that emotes, and has personality and believability.

Having watched the rise of artificial intelligence – both during the creative process and, with the listener or consumer, things are getting interesting.

Is it possible to generate an utterly AI-produced song? Not only the lyrics but the chord structure, the melody, all the band member’s instruments – and the lead singer?

Alan Turing experimented with computer-generated melodies in 1951, David Bowie with randomised lyric writing and many, many others since have used AI to augment their creative/ recording process.

There are a plethora of artificial intelligence, prose, lyric and songwriting tools out there. Some are unnervingly clever. There are chord progression, and melodic generators too. They suggest any number of chord sequences and musicologically solid routes forward.

I’ve been using a ‘virtual drummer’ for ages. It obediently plays along while you’re working out ideas, it’ll follow your tempo perfectly, and even decide on where to correctly play any fills.

There are hundreds of programmes like Riffer, which will endlessly generate melodies or arpeggios or rhythms. Given you dictate the key/tempo and sound, these many programs are still very much under the creative control of the composer.

The only AI programme we found to generate anything near 100% original was ‘Melobytes AI Song’. However, scoring high with creative originality it scored very low in how it sounded. Terrible!

For singing voice generation, we sometimes use Emvoiceapp. You input the melody, either by picking it out with one finger on a keyboard or inputting the notes on a grid. You then type in your lyric text, then choose one of four pre-set voices. Press enter and… Bingo! Well, sort of. One of the voice options sounded like a really pissed-off Cher. One of the male voices sounded quite creepy. No character, spark or believability. We sometimes use it to work out backing vocal harmonies, in advance of the singer doing it for real.

All these creative aids have become standard use in music creation. However, all require significant human input and judgement. None of these everyday tools can create anything like original music. Yet. It’s still down to the writer.

If a particular song has been successful, machine learning can be used to scan existing models and create new versions. Lately, AI-penned (or modelled) songs have come into their own. Indeed there is a top 10! In most cases, the lyrics are written using predictive text. Artist, “Botnik” used predictive text 50% trained in Morrissey lyrics, and 50% in Amazon customer reviews!

However, aside from the lyrics, these ‘tribute’ songs are based on an existing artist’s lyric style and sound. They’re all sung by humans with human people playing. Not truly AI-generated.

So, is it possible to generate a completely AI-created song? Just input your desired mood, and the emotions you want to hear and feel.

You say to Alexa: “Make me a track in the style of the Beatles, Swedish House Mafia, Beethoven with a 10% of dubstep, oh and it’s rainy and a robot took my job today. Please create a song that fits that criteria for me.”

Some production music libraries are heading this way – Soundraw, Jukebox and Amper are a few. However, they seem to rely on vast amounts of pre-recorded (and pre-composed) audio.

Because AI has to be pre-programmed with options to create specific musical pieces, it often produces music that is predictable. Desperately bland and characterless. Because it is essentially governed by an algorithm. It doesn’t feel believable.

An audience will listen or engage with music if it emotes, and has personality and believability. As far as I can see, pure AI music creation can’t do this yet. Not by a long way. 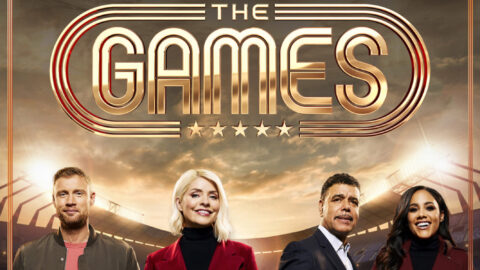 A-MNEMONIC have created a music branding package for Getir – the app-based home delivery service. The first time Getir has embarked on such a wide-reaching audio branding exercise.
Getir identified the need for a ‘characterful brand sound’ to be used across all their media assets worldwide. Together with agency Neverland, they commissioned A-MNEMONIC to create a sung mnemonic, ownable and unmistakably attributable to Getir, that anyone could sing, whistle, hum or mimic… and work in any language.

Getir, founded in Turkey in 2015, operates in more than 50 cities in its home market, and has expanded over the past year into eight other countries, including the UK and US.
A big player in the UK’s fast-growing rapid delivery market, Getir aims to bring groceries to customers in as little as 10 minutes.
Getir (the name means “bring” in Turkish) offers customers a selection of some 2,000 grocery items, ordered online and delivered to your door within minutes – at any time of day!

The A-MNEMONIC music team went through various stages of brainstorming and creative workshops, working with various composers, musicians and singers. The final result was a sung mnemonic using the strapline ‘You’ve Got It – Getir’. 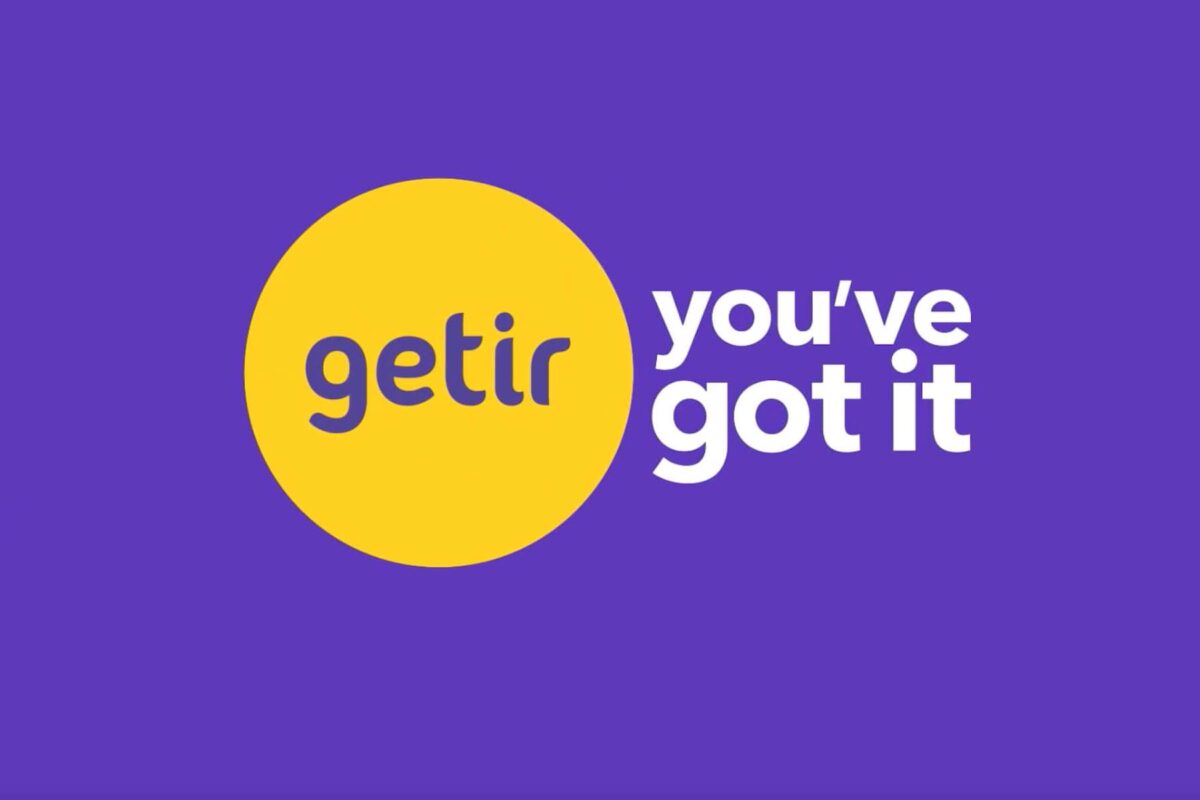 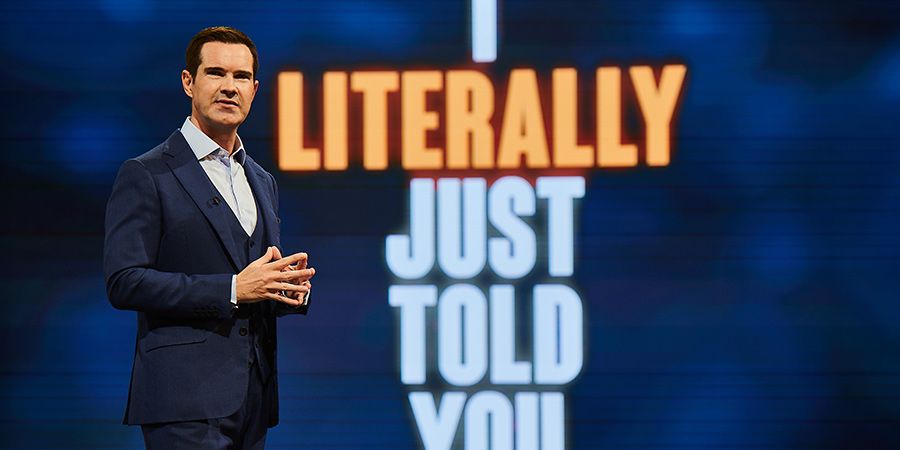 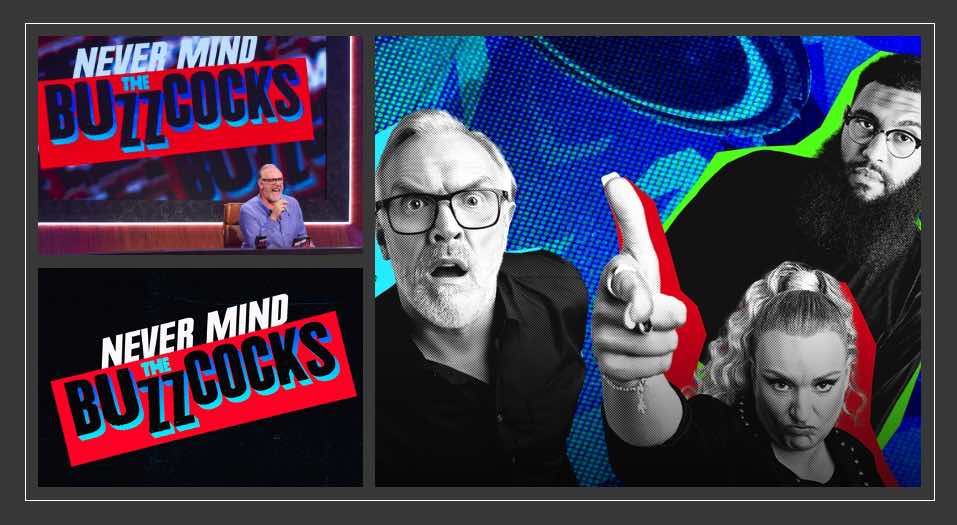 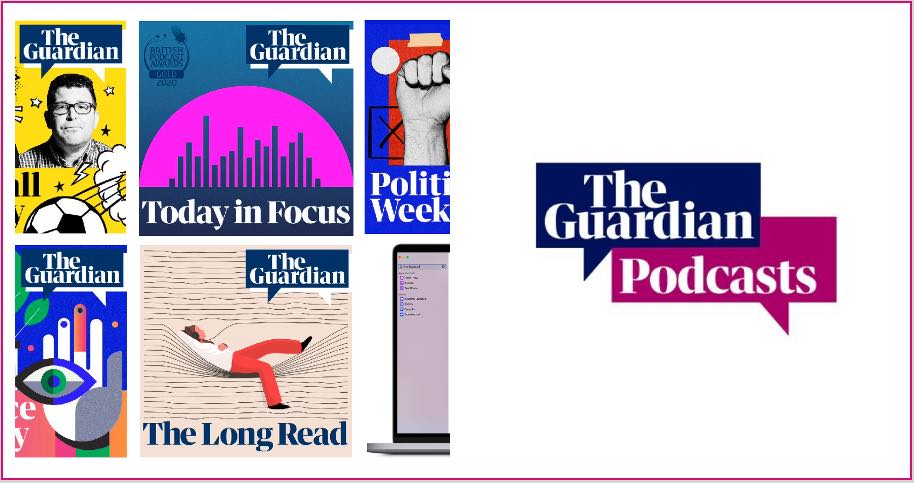 Despite being the leading commercial podcast publisher in the UK, The Guardian has only recently turned their attention to the task of branding their podcast offering

Over 15 million people in the UK listened to podcasts in 2020, with the figure set to rise by a cool five million in the next four years. That’s a lot of listeners!

For The Guardian, A-MNEMONIC worked with the idea outlined in the brief: reflecting The Guardian’s core values and the concept of ‘diverse voices in conversation’.

Besides creating a sonic identity for the suite of podcasts, A-MNEMONIC also had to search and cast for five male and female voices that could veritably represent the sound of contemporary Britain. 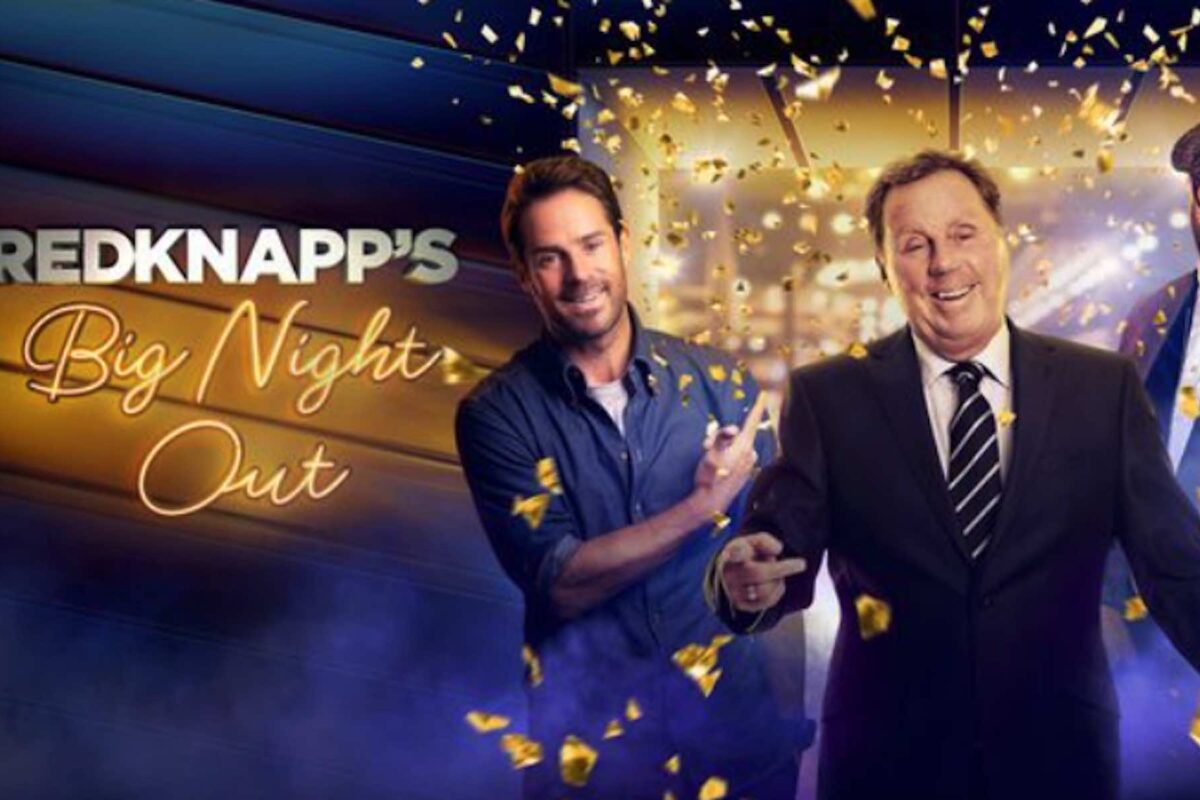 We’re excited to share with you our latest music and sound design on this beautiful commercial for Charlie Banana. With music composed by Stuart Hancock, and Sound Design by Toby Jarvis.
We teamed up with NERD Productions London and USA based Agency Curiosity, to bring to life Charlie Banana’s mission of making the world a better place for future generations and to celebrate motherhood and all-around sweetness. Check out the hand-crafted, stop motion piece of beauty! ‘A little softness’, Directed by Hayley Morris. 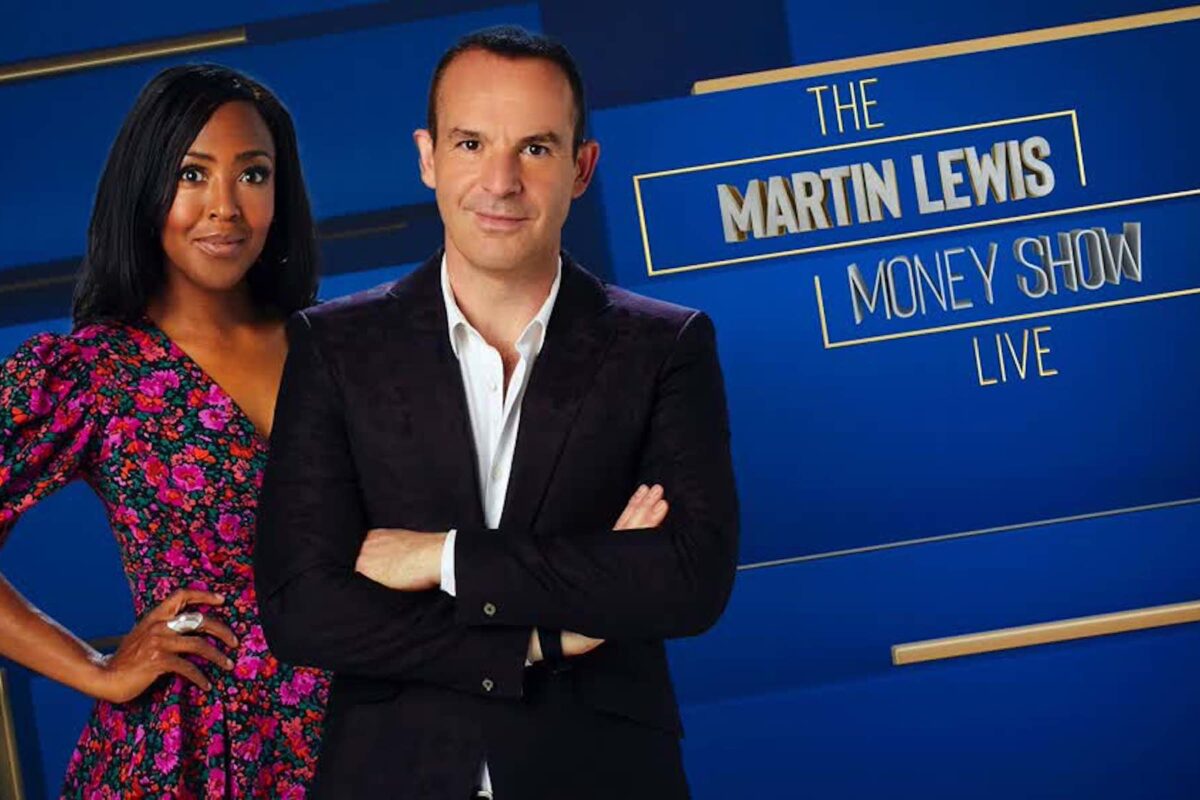