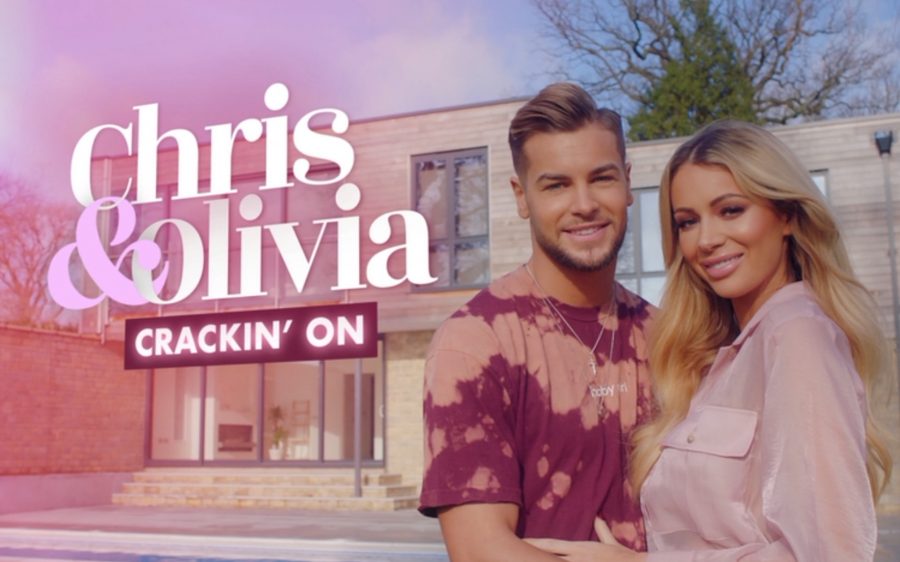 The pair called it quits shortly before Valentine’s day after seven months together, however, Olivia has recently said she hopes her and Chris will work it out soon.

Speaking about Crackin’ On, Chris said “Liv and I have been through so much in our relationship in the last six months that it’s hard to remember what life was like before we met in the Love Island villa. I wouldn’t change any of it and I’m looking forward to going on this latest TV journey with her.”

Olivia added: “Life with Chris is like one big rollercoaster but it’s safe to say we’re never boring. As anyone who saw us on Love Island knows, we can bicker hard but we love harder so I’m sure we’re all in for an eventful series!”

The music theme, bumpers and stings were all composed by A-MNEMONIC’s Adam Shaw.